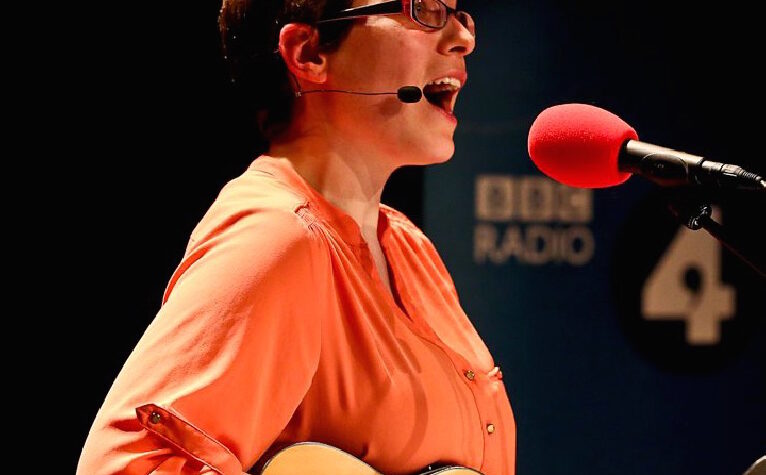 Helen has performed her stand-up and songs everywhere from Google’s head office in California to the Royal Albert Hall in London, under a dinosaur in Oxford’s Museum of Natural History, next to Saturn V rocket in Hunstville Alabama and for many years at the Edinburgh Festival Fringe.

Whether solo or as science comedy trio Festival of the Spoken Nerd with Matt Parker and Steve Mould, she’s a sought after live performer at science festivals, comedy nights and corporate events.

Find out where she’s performing near you soon on this page of Live Dates.

If you want to book Helen for your venue or festival, get in touch via the contact page.