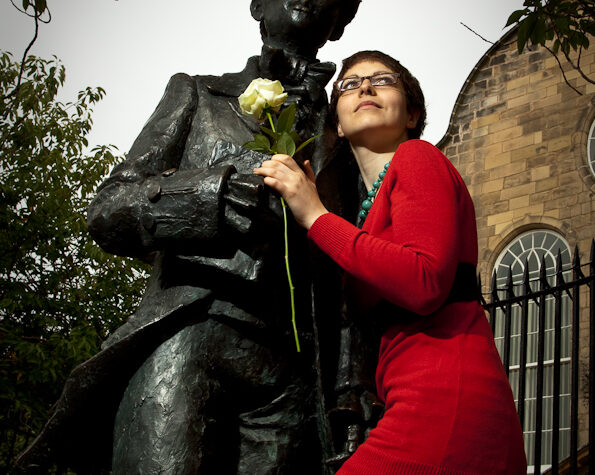 From songs about algorithms commissioned by BBC Radio 3 to an interactive play about evolution performed by a motivational Zumba giraffe at the Natural History Museum, Helen loves to write.

She has several factual and funny Radio 4 series under her belt, including experimental comedy show “Domestic Science” with Festival of the Spoken Nerd, “Did The Victorians Ruin The World?” with her sister Dr Kat Arney as well individual commissions for “The Verb” and “Essential Classics” on Radio 3 and “More Or Less” on Radio 4.

Alongside performing three solo shows at the Edinburgh Fringe and three UK tours with Festival of the Spoken Nerd, Helen co-wrote the illustrated pop science manual “The Element In The Room” with Steve Mould. She also recently graduated from City University with a Masters in Playwriting and Screenwriting with Distinction, where she won the year prize for her final screenplay.

Helen is now working on a number of long form musical theatre, script and book projects in between hanging out with her two adorable kids. She has also filled several notebooks with rhymes for Uranus, none of which are printable here.