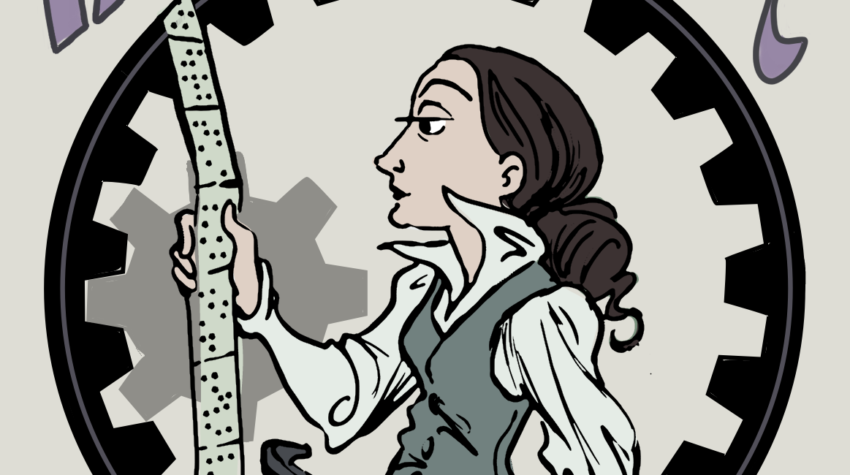 Next Tuesday I’m quite over-the-moon to be hosting Ada Lovelace Day – LIVE! for the third year running. The whole day is an international celebration of women in science, technology, engineering and maths, with events online and in real life all over the world. It’s named after Ada Lovelace, Lord Byron’s daughter and the first computer programmer, even though she was born more than 100 years before the first computer was built.

If you’re free on 15th October, head to my old university (Imperial College London!) for a variety night of inspiring talks, science demos, comedy and song. Tickets are £10 with discount code “ukulele” or just £5 for students, concessions and Imperial College staff & friends. Click here to get yours.

If you can’t make it to the show, check findingada.com/book on the 15th to get a copy of the e-book  “A Passion For Science” stacked full of stories about real women of science past and present. With contributions from journalists, authors, scientists and mathematicians both male and female, including my awesome sister Dr Kat Arney. Obviously I’m biased, but even so I think it’s a great read and full of dozens of stories that aren’t heard as often as they should be. My only warning is that if you get it, you’ll find it hard to put down your tablet until it’s finished.

In other news, I performed a bit of my musicy-sciencey-comedy show about finding my “Voice of an Angle” for TEDxLSE earlier this year, and it is now online! Along with a load of other great short talks from the same day including polymath Ella Saltmarsh, sociable physicist Martin Zaltz Austwick and my favourite marine biologist Helen Scales.

« BBC Newsnight, and vote Ugly Animals!
Rollercoasters for BBC Two, and “Physics – you’ve got to laugh…” »